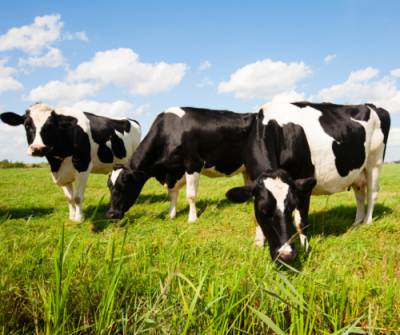 Since 2000, Vermont has lost about 60% of its dairy farms, and Franklin County is now the only county in the state to have more than 100 still in operation.

To revitalize the industry, the Vermont legislature’s dairy task force is examining what state policies can be enacted to help dairy farmers deal with the pressures behind the industry’s consolidation.

And it’s going to take some work.

“We don’t want to lose the dairy industry. It’s iconic. It generates both jobs and is an integral part of Vermont’s history and the nature of Vermont,” said State Sen. Randy Brock (R-Franklin), who sits on the task force. “People visit Vermont to look at our countryside and to see cows on the side of the road, and it’d be a pity if there weren’t any.”

While there are numerous problems facing dairy operations, the primary reason for the industry’s consolidation is historically low milk prices. Basically, the federal markets set how much farmers get for their milk, and Vermont’s higher costs of production steeply cut into profits when prices are too low.

As a result, farmers dealing with the imbalance are often offloading property and equipment to larger producers, and those remaining have typically worked together with dairy co-ops, such as Dairy Farmers of America and Agrimark, to try to be able to compete with the lower production costs of larger Midwest farms.

Vermont dairy farmers, however, did find some relief in 2022.

Milk prices in 2022 jumped by roughly 50% due to inflation. Milk production costs also rose thanks to increasing feed and diesel prices, but according to numbers released by the task force, milk prices kept a faster pace to provide a little breathing room to Vermont’s dairy farmers.

Earlier recommendations
To get an update on the state of the dairy industry, task force members heard on Monday from Michael O’Grady, deputy chief counsel, and Diane Bothfeld, the Vermont Agency of Agriculture, Food & Markets’ director of administrative services.

O’Grady reviewed the task force’s mission and helped members get a better idea of how their first round of recommendations have since played out in the statehouse.

While many of the listed recommendations failed to get much headway in the state legislature, two task force recommendations did receive funding. A total of $2.6 million is headed toward the state’s newly-formed dairy risk management assistance program, which reimburses Vermont’s dairy farmers when they pay into one of the USDA’s risk management programs.

Vermont spent $1.4 million of its American Rescue Plan Act dollars to help farmers cover the federal payment last year. The remaining funds are expected to be available on a first-come first-serve basis for this year.

The two state positions are meant to assist farmers with paperwork, follow-up and technical assistance if they decide to push forward grant projects or participate in federal programs.

Other recommendations made by the task force included talking to Vermont’s federal delegation in order to get much-needed price changes baked into the federal farm bill, finding ways to encourage workers to find employment with farmers and reducing costs of production, such as feed transportation.

In the following months, Brock said the task force will be bringing in dairy industry experts, such as an economist and law professor, to talk in more detail about the exact ways the state can influence the industry to prevent further consolidation.

The group is expected to meet up to 10 times in the next few months to push forward those discussions.

Future challenges
While discussions around milk pricing systems and production costs took up the majority of the task force’s meeting on Monday, legislators did lay out some future initiatives they’ll be exploring as talks play out.

Because the price of milk is a major driver of consolidation, Brock pointed to the need to find more ways to increase the demand for milk as consumers shift their buying patterns.

“Much of it is a demand problem,” Brock said. “There has been a falloff in the amount of people drinking milk. … The overall usage is not what it’s been in the past.”

Products such as yogurt, cheese and other innovative dairy products can help increase that demand, especially as milk prices are expected to fall from their inflationary highs.

“Fortunately in the past year, milk prices have risen. That’s been extremely important. I like to see that continue, but projections say that may not be,” Brock said.

Another challenge is the eventual shift to alternative energy sources. Farmers currently rely on diesel deliveries to drive operations, and Bothfeld pointed out that farmers will have to consider potentially creating their own energy when the use of diesel becomes less common.

Either way, the task force has plenty to consider as it examines the best options to help dairy farmers and to keep Vermont’s landscape full of Holsteins.

“Are there some places that are doing some of the things that we do so much better that it’s much more economical and profitable for them to do it and we just don’t know it at this point?” Brock said. “We assume we know it, but we don’t because we haven’t systematically looked at it.”